A simple text-based adventure exploring the age-old question: What would you do if you had more money than any single human being should ever have?

Be sure to expand the side column using the arrow in the upper left to view your current funds.

If you're having trouble getting the above embed to run on your device, you can also play the game on Philome.la!

Please consider leaving a tip or supporting the creator on Patreon.

PRAISE(?) FOR YOU ARE JEFF BEZOS

"Puts the wealth of the world's richest into dizzying perspective." -Vice Motherboard

"The options are stark reminders of public good we forsake in refusing to redistribute wealth." -Newsweek

"Takes the gifts of games, and applies them to political education." -Paste

the concerned greetings card from the gates sENT ME-

I love this game it is vary well made

This is a great game I love it a lot

For those of you who are looking for the secret endings of this game:

* They all branch out from reaching $0 early.
* The endings become unachievable if you earn any additional money.  This includes using the toilet at the start of the game and talking to your niece/nephew.
* The endings also become unavailable if you end up paying for the college tuitions of the three baristas.
* You need to buy exactly 1 specific option from the first menu of items.
* You need to buy three specific items on the next page, one of which is Twitter (which appears after you've bought the other two).
* If you bought the right combination of items in the first and second menus, your available balance should precisely equal the cost of one of the third menu's items.  Choosing it will start the beginning of the secret paths.

Hopefully, this will help those who are looking for the secret endings to find them without taking away all of the challenge, but also without the need to whip up a Python script to solve this particular instance of the knapsack problem (... like I did (*coughcough*) ).

Great game, too many salty libertarians in the comments though.

As oppose to hardcore authoritarians which are either nazi or socialist larpers?

First Twine game I ever played, and I love it! Especially the humor and the accuracy.

BAHAHAHAHAHA. great game. a second season of nozaki-kun is truly what we all want. and pay the animators!!

literal masterpiece of a game, I would love to see a sequel for elon

Honestly, the best game I've ever played in my life

You NEED to make a sequel iavhxodvxouwdvcwycvd

This is  absolutely brilliant. Kinda depressing tho seeing how much could be fixed if one man woke up and decided to be more generous. Or we could actually tax him idk

It's delusional to think that billionaire giving away money will solve anything. If Bezo decides to "end homelessness" tomorrow, the demand for houses and cost would grow exponentially and he will run out of money before half of the homeless people get a house. Since demands for houses rise, working middle classes will no longer be able to afford homes.

Idea is bad on paper, and even worse in real life. Just like communism

Are people living in CA actually surprised they can't afford homes after voting blue for decades?

It isn't just CA
I'm in Missouri, a Red State for a few Decades and you can *barely* afford a trailer with a well above average wage

So what's your point? Your personal story has nothing to do with the fact that CA median home price is 4 times higher than in MO.

A nice Twitter mind imagination of how economy works. Only if there is no inflation and supply/demand, the world would be like a video game where money can solve any problems.

My favorite part must be when you can magically spawn 100,000 teachers to hire for 4 years. Where did they came from? How trained are they? Who pays for their wage after 4 years? What happens to their wage when there's a demand for 100,000 teachers? No need to care because in this magical world, rich people giving away money will solve everything

Pepsi man I have succesfully destroyed the american economy and destroyed evil dollar. I am now in jail for my transgretions, remeber me.

Got all six endings.  Amazing and funni game!  :)

This game is good and the 2 endings were cool

wowie zowie people are angry in this comment section ;-;

Uhg... I thought this game was going to be a fun "go at". But its not. Yes, he's rich. But he didn't start out that way. The leader of the BLM movement has used the money she's earned from ignorant supporters, to buy multiple, EXPENCIVE  homes, OUTSIDE of ghetto areas. She got her money and said "Eff you" to the black community. Money corrupts us all, and you can't make or expect others to share. The creator of this game would sell out if someone came knocking with a big check. Even if it was good ole Jeffe himself. Money makes the world go round. We all need it. Your game isn't making anyone want or need it less. Jeff Bezos isn't going to play your game and feel bad. The only people that will see your game, are normies like me. Poor people like me. Jeff will STILL be rich. You could make an informative game without being a twat.

Now I've wasted my time playing this awful game, and complaining about it.
Amazon product, Amazon review.
CONSPIRACY! JEFF BEZOS IS BEHIND THIS WHOLE THING!

Its supposed to be a funny game, chill tf out

If you get this upset over the game, clearly it works.

Damn bro, I hope she sees this!!

Hello, unfortunately the game doesn’t launch on my two browsers (still the problem may be on my machine). The error is: “no valid storage adapter found”.

This is usually the result of your browser's adblocker. Please disable your adblocking plugins and see if that helps things!

cute little game, enjoyed using the wealth to actually do good things rather than just sitting on the money (even if it was only a game). sorry about all the angry libertarians in the comments.

Imagine being angry at someone because they're richer than you lmao. Nice greed and envy you've got there.

imagine sucking off the richest man in the world over an itch.io comment section.

at least im not a bootlicker

i got it by doing whatever i found funny, i enjoyed that run very much

Eyyy True Ending on my first try!  Fun little game, you got my follow!

That's Mr. Bezos to you.

"Because you are white and wealthy, the law works differently for you." this is the most realistic game ive ever played in my life

I'm a little apprehensive about the pitch: "... than any single human being should ever have?" When last I checked, there is no formal ceiling to monetary acquisition, nor is there any sensible rationale for introducing such a ceiling, nor even can one justifiably allege that, were sensible rationale enacted for the Greater Good, that we could make predictions about what such a ceiling would look like by which to measure the results of our Noble Enterprise. I did not wish to discuss the Game offhand as being simplistic or demoralizing, since I know that Our Medium enables us to simulate experiences which most people never have, and the function of most simulations is to create sympathy rather than to satirize, for which a simulation would be entirely unnecessary. As such, judging by the pitch alone, I must say that I'm not quite "sold" on the premise. It feels very symptomatic of this vague contempt and self-entitlement that people have about Wealth, which is honestly pretty old more than 200 years after Hegel. I would love to better understand how people live when they are either more fortunate or more successful than I am, because it enables me to experience their joy as my own, thereby feeling that I am part of a Greater Whole which is embodied in that Role Model. While the chosen subject has of course been criticized for avaricious policies, his business is responsible for sustaining both my physical and mental health, and I will always remember Amazon.com, primarily, as an unassuming Online Bookstore, for which I'm sure we can all agree that the niche demanded to be filled. I want to honour that legacy; perhaps that is why I would sooner read the numerous books I've had purchased online than to play your Game. [Shrugs.] 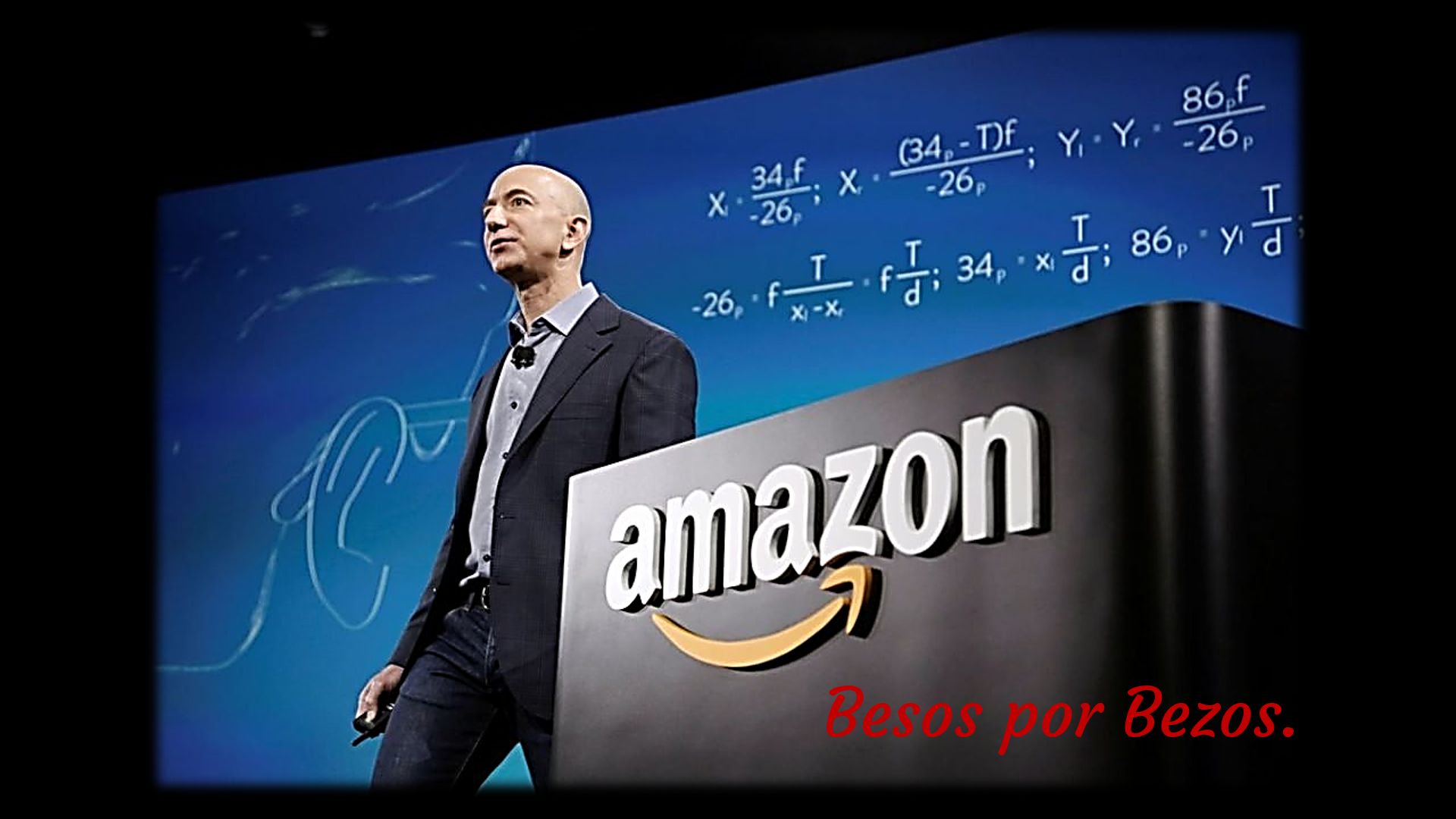 The way I see it, you're a really good troll or a really big idiot and whichever it is the scale is kind of impressive but in the worst way. This comment feels like that moment when I first heard about the big Tour de France pile up, and I didn't yet know whether the perpetrator has done it on purpose to make a statement or was just that thoughtless...but either way the sheer magnitude of the fuck up would've been praise worthy if it wasn't painful and embarrassing to even look at.

got true end on my first playthrough

idk why this was put under horror

because you're jeffery bezos.

Because youre in a HORR-able game